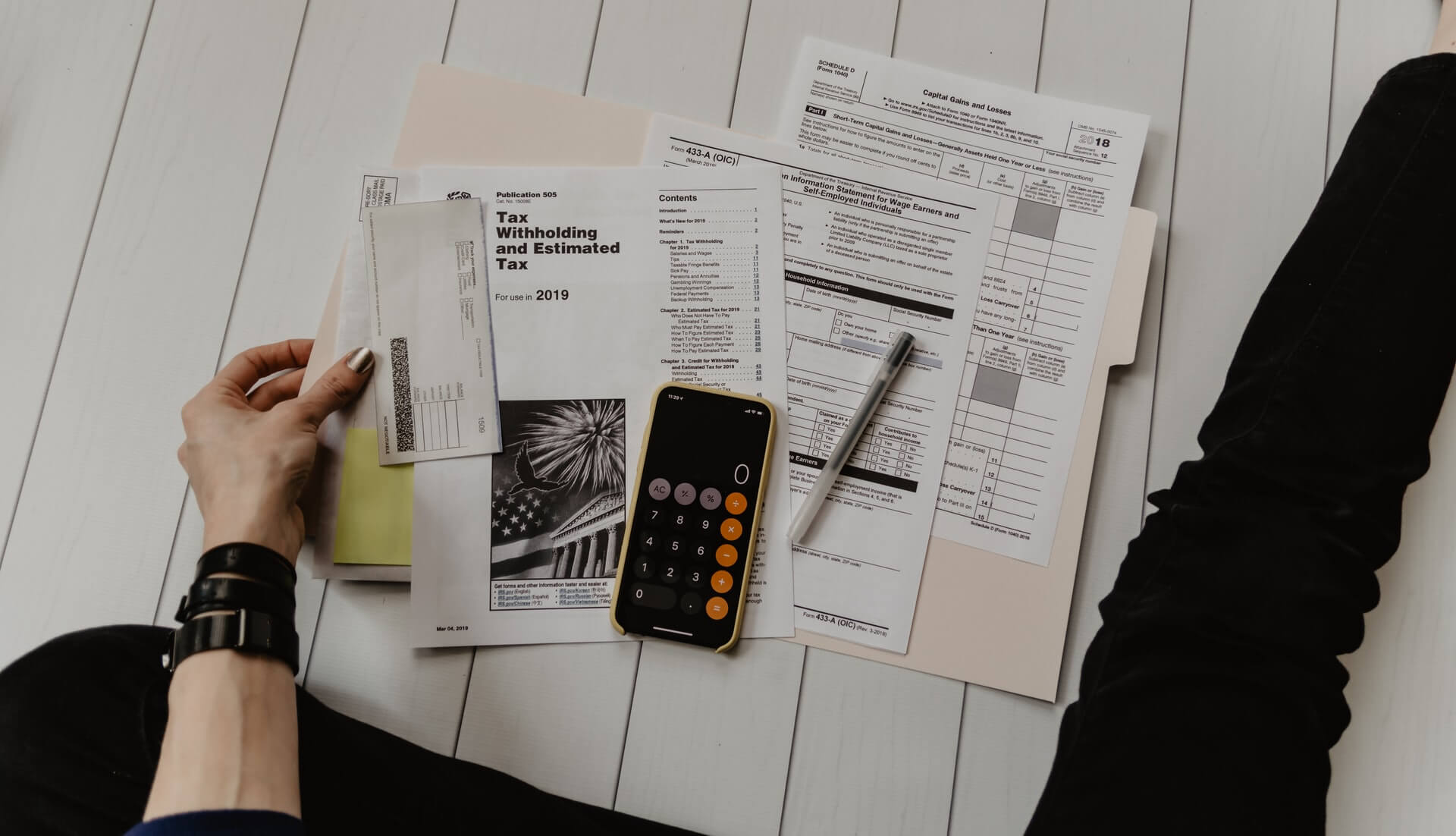 We’ve all been there… We’ve all had dry months where you just don’t get clients, so you resort to doing things outside of your comfort zone just to be able to pay your rent at the end of the month (such as going back to your old bartending job which you used to do as a student to earn pocket money). As an Audio Engineer, I have experienced this more often than I would like to admit… Especially during the Covid-19 Pandemic, so I started looking at other ways to earn extra money.

In this article, we will explore a variety of different ways in which audio engineers can earn extra money. I will break them down into two categories namely: Active Income, and Passive Income. I will also be discussing the pro’s and con’s of each of these, as well as talk about the ones I do, and why I do them.

One last thing… Passive Income seems like a thing you can do to earn money without putting in effort, but the truth behind it is that you will have to work your finger to the bone in both of these categories. However, if done right, these will be a way for you to create a safety net when those dry months come… Kind-of like a trampoline to bounce you back up when you fall down.

There are many things you can do (other than your day-to-day job if you have one) to earn an active income. To summarize, active income are things you can do to instantly earn money. Think of this as trading your time for money. This category will be divided into two subcategories of its own to differentiate between those just starting out in the field who are desperate to make a name for themselves (Beginners), and those who have already established themselves in the field (Professionals).

As a beginner, just starting out in the field, there are numerous ways in which you can make an active income. The first and most obvious is to get a permanent job. However, this can be difficult, especially in times like these with the industry nearly completely shut-down, so while looking for permanent work you should consider doing one of these in the meantime:

I know that this article is about earning money, and volunteering seems counterproductive, but volunteering could lead to a job as it is one of the best ways of getting contacts. When I was still studying, I used to volunteer at my church as a sound engineer. It sucked because I had to give up my Monday afternoons to be there when the band had practice, as well as most of my Sunday to actually do sound for the services. However, the head of sound at the church was very impressed because I put in so much effort without getting paid, and now I’m his go to guy for anything sound related outside of church. Probably the biggest benefit of volunteering though is the fact that you gain on the job experience which you can put on your CV, as well as gaining a contactable reference.

Another thing I used to do while studying was making myself available to established engineers as a freelancer. This never pays much, and it is very hard work. However, just like with volunteering, you gain on the job experience which is always impressive, and you also gain a contactable reference which could be the reason you end up getting a permanent job.

Freelance jobs that beginner engineers should look at:

Stagehands help the Sound Engineer with anything they need to get done during a show such as setting up speakers, laying cables, making sure the band is set-up and ready for the show, doing the monitor mix, etc.

Some sound engineers have awesome lighting gear but no one to control it while they mix the sound, so making yourself available to do the lighting of shows is another great way to make contacts. I’ve done lights for a couple of shows, and most of the gear is extremely easy to set up and to use.

Internships are a great way to earn experience from industry professionals. It also puts you right in front of them meaning that they get a first-hand experience of what you’re all about, and it allows them to get to know you personally.

Be Smart With Your Money

When I was doing freelance jobs as a student, I decided that I will take half of all of the money I earn and save it so that I can buy myself some gear. Getting your own gear is probably the most important thing that you can do if you ever want to become an established engineer. When you have your own gear, you can start getting your own clients instead of working for someone else. Remember, no one entered the industry as a professional.

As a pro, losing all of your clients during the pandemic must have been heart-breaking. I spoke with a guy who had a fully-kitted live sound company, and it turns out that he had to sell 80% of his gear as well as let go all of his employees because since March of last year (2020), he hasn’t earned a single cent. Here are some ways in which you can use your gear to earn an active income even if you don’t have any clients:

If you are a pro engineer, then the chances are that you have – or have access to some gear. Instead of selling the gear, you could make it available to people who want to record advertisements for radio. The great thing about this is that the company doing the ad will have to pay you not only for using your gear and your space, but also for your time.

Making yourself available for this type of work is not too difficult either. There are numerous groups on Facebook where you can let people know about yourself. I’ve even seen multiple ads on the Marketplace of people making their home studios available at an hourly fee. You can also consider making a profile on websites (such as sounddex.co.za) where people can find you instead of you having to go out and look for them.

If you have been working in the industry for a long time, then the chances are that you have the technical knowhow that others will pay to learn… So instead of sitting at home and worrying about what you will be doing in the future, why don’t you consider teaching?

There are many schools and colleges that offer sound engineering as a subject, and who better to teach than the person with on-the-job experience! There are also numerous websites such as Udemy.com where people can sell “education packages”.

If you have old gear that you barely use anymore, then consider selling that gear to other engineers who may have a use for it.

If you already own gear and are looking for new ways to make money, then consider learning new skills such as doing voice overs. This is something I had to do, I realized that I have a mic at home, and that I have a voice… So I started looking at doing freelance voice over work, and now I have a 5 start page on Upwork.

The Pro’s and Cons of Active Income

Passive income is a way to make money by making a service available to others. It requires a lot of initial hard work, but once the ball gets going, the greater it becomes. It is important to know that some services will do better than others, so if you tried something that didn’t work out, don’t give up. Look at what went wrong and try again! Passive Income is a great way for beginners and pros to earn extra money, and anyone with the technical knowhow can do it!

Doing audio for films and games is a great way to make money, but the issue is that it is extremely difficult to find work in these fields. This is because most film producers or game developers will opt for a cheaper option than hiring a dedicated engineer to create the sounds they desire. Instead, they will buy packs from asset stores and simply use that.

My brother is a game developer, and I have done audio for many of his games. Recently, he showed me the Unity Asset Store, and my mind was blown. I started making some sound asset packs, and although I haven’t started making money from them, I know that in two years or less I will. The great thing about asset stores is that you can distribute a number of different sounds, such as Sound Effects, Music, Dialogue, Etc.

Creating content is another great idea for passive income. There are so many things you can do here, and it is a good time to become a content creator.

Rent Out Your Space And Gear

If you have a space available, whether it be for recording a full band or simply a vocal booth, then you are sitting on a gold mine! There are lots of people who need a space to record, and if you have gear available on-site then it is even better! And remember: where there is a need for gear, there is a need for an engineer!

I often invite people to my home studio to do simple demos. I give them the studio for a day, and do a free mix of 2 acoustic guitar tracks and 1 vocal track for them. This isn’t much, but it is a great way to establish a connection because the next time they need a space to record, who do you think they will call? The other thing to remember is that when people record a demo, they show it to hundreds of people to get opinions. If you do a great mix for them for free then they will send many people your way.

Ideas For Renting Out Your Space And Gear:

The Pro’s and Cons of Passive Income.

Getting a Passive Income is a wonderful idea for everyone. It’s something you can do in your free time to earn extra money slowly over a long period of time. Although it takes a lot of time and effort, once it gets going you can focus on the next project. The more assets or content you put out, the more money will come in!

If you have a full-time job and you want to start earning a Passive Income but you don’t get time for the initial work that is required, then break it up into baby-steps. Write down your goals, and the steps you will take to achieve those goals because remember… Winners come with plans, and losers come with excuses.

0 Likes
Prev
Next
Back To Top